Our team’s technical expertise and enthusiasm for new solutions is involved in the early design development stages of a project with a continuous search for individual solutions. Through close cooperation with the client, the architect and the consultant as well as a detailed understanding of the project requirements, Glassline secures a head start both on the technical and the execution level.

Glassline’s extensive international and multi-disciplinary experience in designing building envelopes as well as an in-depth knowledge of industry products & technologies enable us to provide tailor-made solutions that meet the most stringent needs in terms of reliability, safety, cost effectiveness, esthetics and strict compliance to international norms. 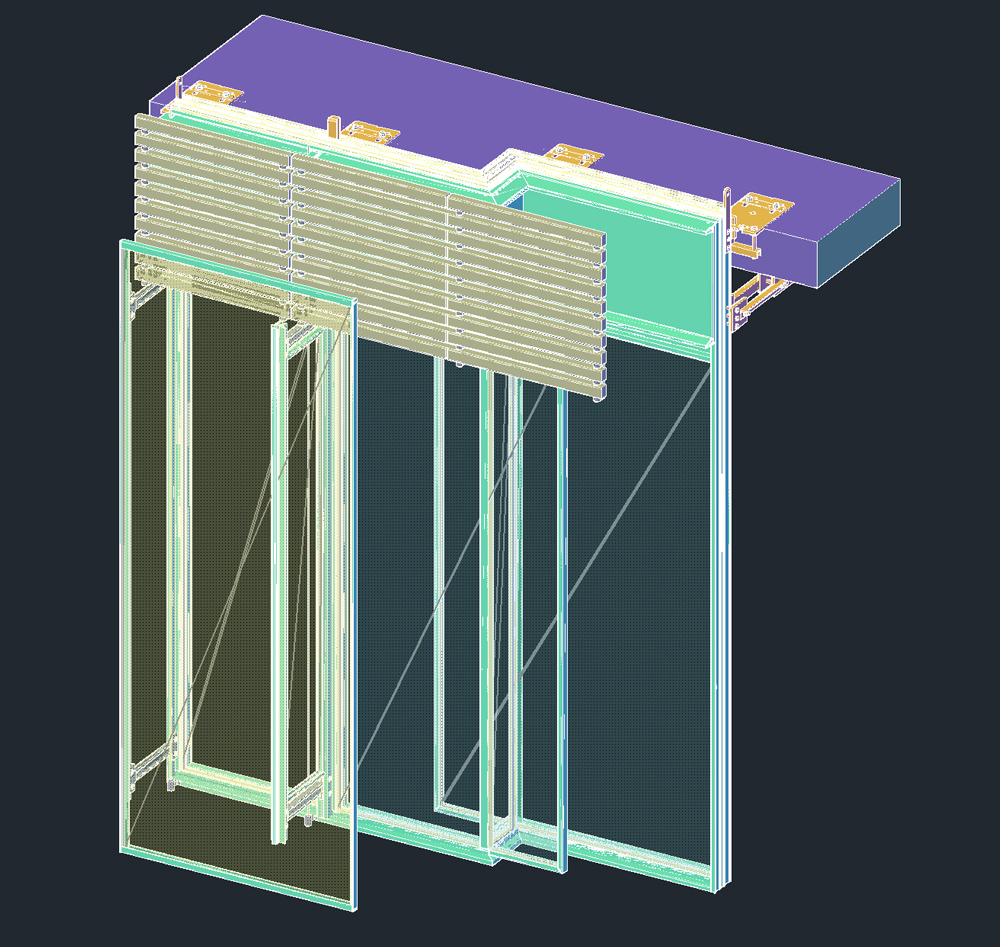 The project consists of 25,000 sqm complex multiple skin unitized facade with single and multiple height spans. Committing to the original design intent of Lead Architect RPBW, was a real challenge to overcome: heavy outer glazed facade connected to the slim core facade via specially casted Stainless Steel Brackets, with aluminum shadow boxes and UHPC baguettes shaped decorative items in the gap between the two facade skins. Accommodating the same within one structure with heights more than 7.5 meters gave a state of art outcome to the facade. As for the ground floor, an 8m height Glazed facade with slim fins and smart structural design, forms the transparent facade to the archaeological museum. 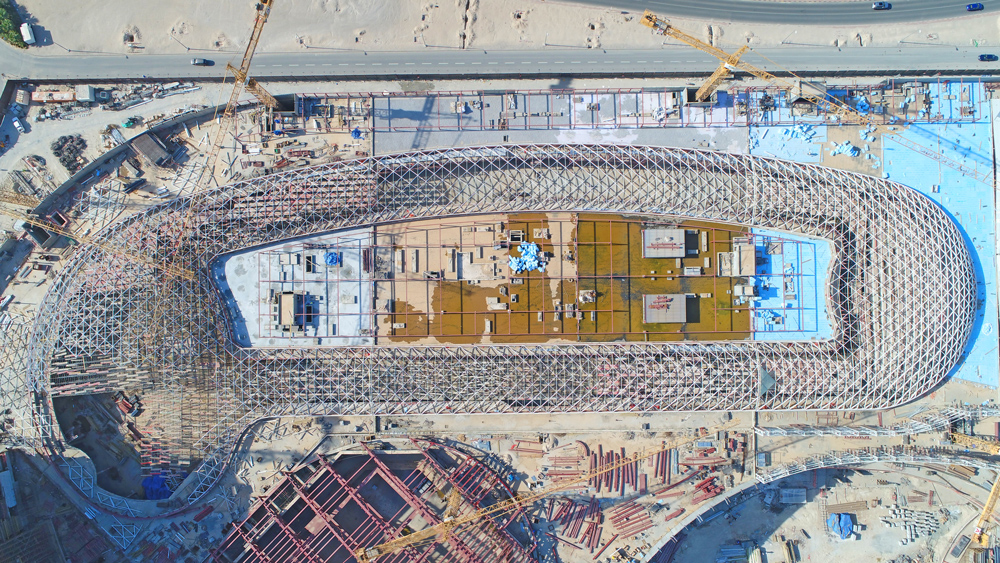 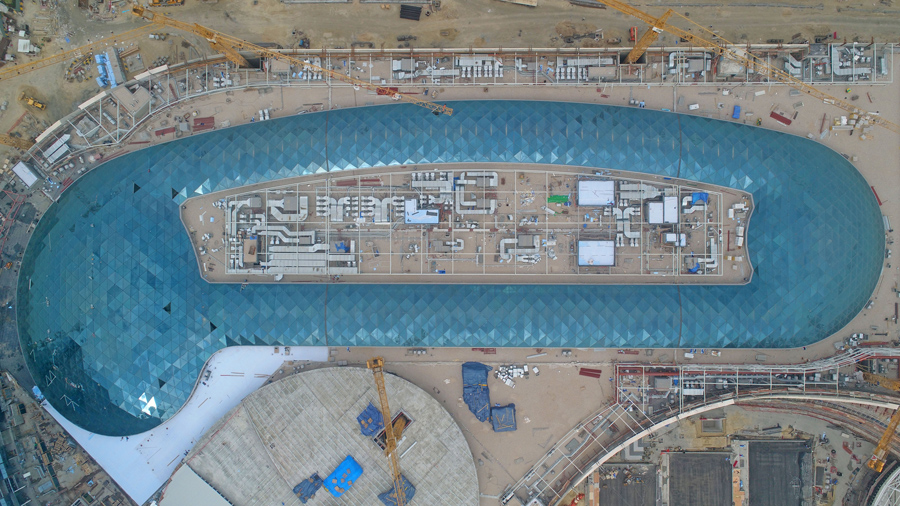 The skylight at the new 360 Mall in Kuwait, is one of the biggest single layer structures of 12’400 m2 erected in coordination with our partner Lanik-Spain.
Single layer or transparent structures allow the design of authentic “shells”, with a total absence of structural elements, where the structure has a minimum thickness and seems to defy the laws of physics.
Formed by 3’237 triangular glass panels, the main challenge of the project consists in the free span dome of 83 m width and 58 meters length. 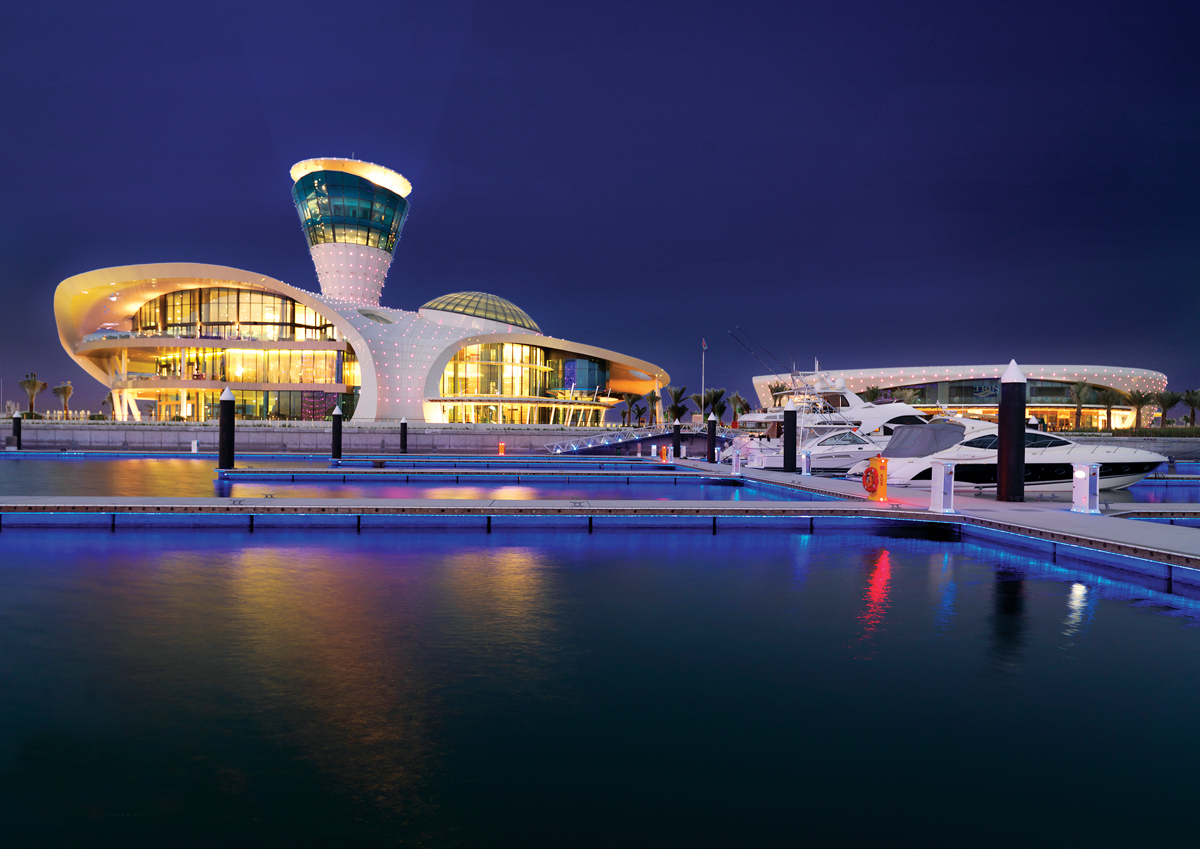 A Fast track project, with a critical project end milestone linked to the first Abu Dhabi F1 race in November 2009.
To be able to achieve the complex design and geometries of the main envelope, Glassline and MDE imported the 3D free form envelope developed by the architect into their system, sliced the model every 2 meter to develop the shape of the steel structure, create the layer for the roof cladding and the surface composite cladding.
Due to the short period and complexity, all contractors for steel, roofing, cladding and glazing, worked on the developed 3D model with tight tolerances to allow the following contractor to order material and manufacture accordingly. 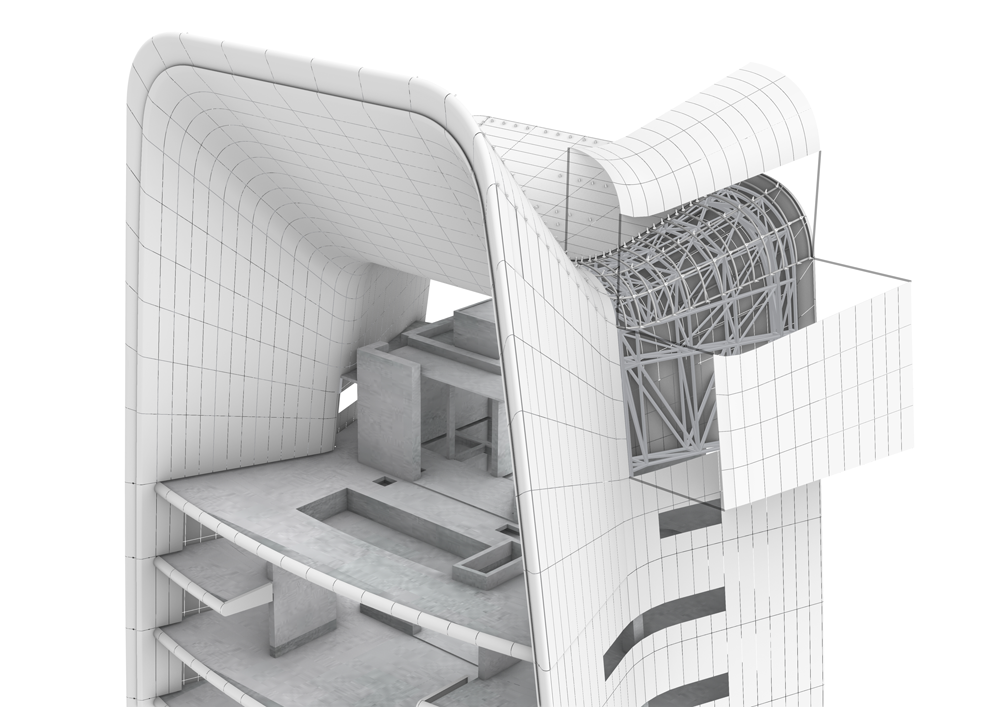 Complex 3D Geometry of the Crown at One Tower – Cyprus:

The crown of One tower complements the elegance of this unique building and reflects the extent of its complexity.
With its geometry, the crown is a challenging structure, built of structural steel elements supporting the complex Glass Reinforced Concrete (GRC) 3D panels.
Through the progressive iterations of its design, we accommodated for the various requirements of the complex 3D aspect of GRC panels: the limited spacing between GRC and supporting structure, the installation of GRC panels from top, bottom and sides, the application of waterproofing systems and its interface with surroundings, the introduction of lighting and lightning provisions, and most importantly the movement of the whole steel structure and its effect on GRC panels behavior and connections.
Five different supporting system solutions were adopted for the construction of GRC panels, equivalent to designing 5 separate projects.
The Design was executed using Rhino 3D modeler.